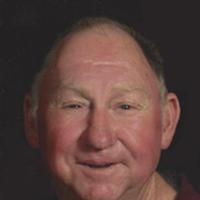 Murl was born January 5, 1946, in Belle, a son to Bennie M. and Ruby A. (Green) Seymore. Bennie preceded him in death and Ruby survives of Belle.

On January 22, 1966, Murl was united in marriage to Dianna A. Rohrer at Preacher Jetts house in Bland. Dianna survives of their home in Belle.

Murl had been employed as a Cable Splicer for the United Phone Company and later for Sprint. He retired after 36 years of employment.

Murl was a avid hunter and a gun collector. He also enjoyed fishing, cutting wood and watching Nascar races. Carl Edwards was his favorite driver. Murl loved to ride horses and went on many trail rides in Eminence and elsewhere. He liked to visit with friends at different places through the years. Hilkemeyers store in Freeburg was his favorite place to stop as of late. His greatest joy was time spent with his family.

In addition to his wife of almost 50 years and his mother, Murl is survived by: one daughter, Stephanie Plassmeyer and her husband Bryan of Belle and their children, Allie and Katie; one sister, Shelby Michel of Belle; numerous nieces and nephews as well as many extended family members and friends.

Murl was preceded in death by his father, Bennie, and one sister, Barbara Keeney.

Visitation for Murl will be held from 10:00 a.m. until 12:00 p.m. on Friday, January 22, 2016 at the First Christian Church of Belle. Funeral Services will follow at 12:00 p.m. with Mitchell Seaton officiating. Interment will be in the Liberty Cemetery near Belle.

Expressions of sympathy may be made to the First Christian Church of Belle building fund.

To order memorial trees or send flowers to the family in memory of Murl D. Seymore, please visit our flower store.