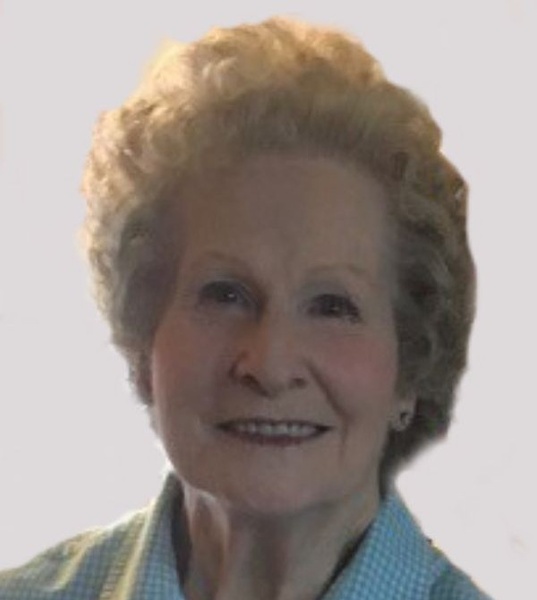 Movita was born April 6, 1940, in Carnegie, OK, a daughter to the late Fred and Dola Leola (Wimberly) Steinly. She attended the Carnegie school system as a child.

On November 28, 1958, she was united in marriage to Eugene “Gene” T. Harris in Wheeler, Tx. From this union, four children were born and raised on the family farm in Bland. Gene preceded her in death on June 2, 2014.

Movita had been the head cook at the Belle High School for thirteen years and also worked at Brown Shoe Company in Owensville for a time. She had been a member of the Belle United Methodist Church since the late 60’s and was very active, cooking meals, singing in the choir, and participating in church activities.

Movita was a musician, playing the guitar, mandolin, fiddle, piano, and could sing as well. Weekly Friday night jam sessions at the Harris home were well known and would sometimes last all weekend. Music and food were plentiful, and if you left hungry, it was your own fault. She was an amazing cook. Her pies, cinnamon rolls, breads, and apple butter were local favorites, and she would sell them at local farmer markets as well as make them for local restaurants and families that had lost a loved one. Movita was an extremely hard worker, as was Gene, and they passed that trait onto their children. Her family called her the “Queen Baler of Osage County” because when she was on her John Deere, none could out do her. Not only could she operate the tractor, but she could work on them as well as the baler itself. She always tried to stay busy either in the field or mowing and taking care of her yard. Movita’s faith in God was strong, and it showed in how she lived her life and how she treated others. She will be missed tremendously by her family, community, and those that knew and loved her.

In addition to her husband of 55 years and parents, she was preceded in death by one grandchild, Eliza Pope and five siblings, Shirley Luke, Irma Wesnidge, Dorita Morris, LaVae Sotelo, and Lew Stanley.

Funeral services will be on Thursday, March 3, 2022, at the Belle Community Church beginning at 10:00 a.m. with Kevin Runge officiating. Interment will be in the Liberty Cemetery.

Expressions of sympathy may be made to the Belle Community Church.

To order memorial trees or send flowers to the family in memory of Movita "Mo" Ann Harris, please visit our flower store.