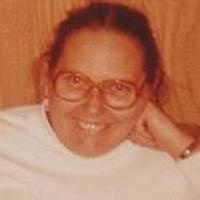 Mildred was born on April 21, 1934, in High Gate, a daughter to the late Laura (Bunton) and John Miller.

Mildred was united in marriage to Austin (Butch) Crider and the couple made their home in the Cuba area. Austin preceded Mildred in death in December 1982.

Mildred is survived by one daughter, Betty Catudal and her husband Michel of Michigan and one grandson, Pierre Catudal of Michigan. Mildred is also survived by a very special friend who was her companion for the past two years, Robert (Bob) Strube of Sullivan MO, as well as many nieces, nephews, cousins, extended family members and friends.

In addition to her parents and husband, Mildred was preceded in death by one infant son and six brothers and sisters. Earl, May, Everett, Claude, Raymond, and Earlene.

Visitation will be held from 10:00 a.m. to 11:00 a.m. on Wednesday, August 6, 2014, at Sassmann's Chapel in Bland. Funeral Services will follow at 11:00 a.m. with Pastor Bob Dodson officiating. Interment will be held at the Grove Dale Cemetery near Bland.

In lieu of flowers expressions of sympathy may be made to the family of Mildred.

To order memorial trees or send flowers to the family in memory of Mildred L. Crider, please visit our flower store.