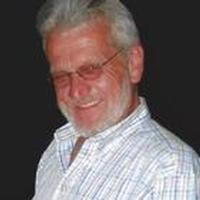 Michael E. "Lucky" Crider, age 62, of Belle, passed away peacefully, Friday, September 26, 2014, at his residence surrounded by his family.

Mike attended school in Belle and was a lifelong resident. Mike proudly served our armed forces in the Army during Vietnam and served in the Army reserves following the war. He was honorably discharged in 1976. Mike was united in marriage to Marilyn (Gehlert) Frendell for a time and later married Cheryl Bacon. Mike was employed at the cabinet shop in Belle as a younger man but spent most of his life working as an independent truck driver.

Mike was a classic car enthusiast and owned several throughout his life. Anything MOPAR was his favorite. He was a member of the GTA car club in Owensville and enjoyed attending car shows. He loved drag racing and NASCAR, St. Louis Cardinal Baseball and was a huge fan of Elvis. Mike accepted the Lord as his Savior and became very close to him the last few years. Mikes greatest joy was time spent with his family and especially his grandchildren. He will be missed and remembered by all who knew and loved him.

In addition to his parents, Mike was preceded in death by one brother John Tyree and one sister Carol Ann.

Funeral Services will be held at 11:00 a.m. on Monday, September 29, 2014 at Sassmann's Chapel in Bland with Mitchell Seaton officiating. Interment will be held at the Skaggs Cemetery near Belle.

In lieu of flowers expressions of sympathy may be made to the family of Mike "Lucky" Crider.

Arrangements are under the direction of Sassmann's Chapel, Bland, MO. (859-3712)

To order memorial trees or send flowers to the family in memory of Michael Eugene Crider, please visit our flower store.