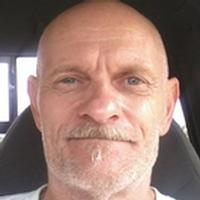 Mike attended School in Belle, MO and then joined the United States Marine Corp at the age of 17. He received his G.E.D during his time in the Marines and rose to the rank of Sergeant. He proudly served his country for six years stationed overseas in Japan, Later serving in the National Guard for six years. Mike B. was proud to serve his country as a Marine.

On November 25, 1973, Mike was united in marriage to Sheryl Rose in Highgate, MO. Sher survives and lives in Rolla. They have one son, Mike Baumgartner 2nd of Rolla.

Mike was a beloved member of the First Christian Church of Belle and the Masonic Lodge in Belle and Vichy.

Mike worked for the family business Baumgartner Drywall for over 20 years. He was known to be a perfectionist. He also worked at UMR in Rolla for several years.

Mike loved to spend time at the river as was a bit of a "River Rat". He enjoyed fishing, photography, and loved to cook. He was well known for his smoked meats and went by the nickname "Spice Daddy" to many. He was a Ford man who loved his truck. He adored music and could play both the Dobro and the harmonica. He enjoyed Bluegrass music and was quite the" Hoofer", often dancing whenever and however the music spoke to him. Mike B. will be missed by countless people who had the pleasure and honor of meeting, knowing, and loving him.

Mike is survived by: one son, Mike Baumgartner of Rolla, one brother, Harold Ray Baumgartner of Belle, and one sister, Carol Miller of New York as well as many extended family members and friends.

Mike was preceded in death by his parents.

Visitation will be held from 5:00 p.m. to 7:00 p.m. on Thursday, April 23, 2015, at the First Christian Church in Belle. Memorial Services will follow at 7:00 p.m. with Mitchell Seaton officiating and full Military Honors will be given.

In lieu of flowers, the family has requested that donations be made to the family of Mike to go towards funeral expenses. There has also been an account set up with youcaring.com for Mike. Please follow this link listed below or type directly into your browser bar.
http://www.youcaring.com/memorial-fundraiser/michael-mikey-b-funeral-expenses/341413

To order memorial trees or send flowers to the family in memory of Michael 'Mike B' Baumgartner, please visit our flower store.