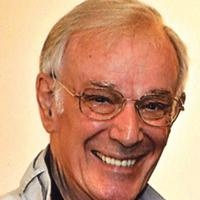 Melvin B. Smith (January 31, 1940 - May 30, 2017) left us to join the singing cowboys in the sky after a difficult and tough fought battle. His tenacity, patience, positive spirit, generosity and kindness toward others never left during his fight. He was truly an amazing and caring father to his daughters Victoria Lynn Smith and Leslie Ann Gidden (Smith). He was also a doting and loving grandpa to Jordan Goldstein, Nathan Goldstein and Madelyn Gidden.

He was born in Meta Missouri and graduated high school in Belle, MO in 1957. He served in the army where he learned he had a brain for chemistry. Mel then attended Central Missouri State College, studying Chemistry. While attending college, he met the mother of his children Mary Margaret "Maggie" Gates at the softball fields in Forest Park, St. Louis. They were married 18 years. He was a man who loved his family and loved to tell comical stories about growing up with 5 brothers on the farm in Belle, Missouri. His tales of "those Smith boys" would leave many in stitches. He loved his brothers, they were a very important part of his life. Mel always was a man of big dreams, who worked hard and did not listen to those who doubted his dreams; always wanting those around him to succeed. He gave generously to those who worked for him. He was extremely proud to be an oilfield man and was a genius in the chemistry field, holding multiple patents. He was founder, owner, CEO and President of Energy and Environmental Services (EES) and worked hard every day up until his passing. In the Spring of 2016 Mel was awarded The Journal Record's Most Admired CEO of Oklahoma.

He is survived by his daughters Vicki and Leslie, Grandchildren Jordan, Nathan and Madelyn, his brothers Harold, Morris, and Carlos, nephews Gary, Dwayne, Denny and Jeff and nieces Linda, Jodi, Ginger, Donna, sister-in-law’s Patricia, Evelyn and Linda, and numerous cousins, great nephews and nieces as well as his companion for the past 17 years Patricia Yelton.

The family would like to express their heartfelt thanks to countless family, friends, and coworkers for their unending love and support. Also, a special thanks to Dr. Randolph, Dr. Kearns, and Dr. Fixley and to the entire staff at the Oklahoma Heart Hospital.

A Memorial Service is scheduled for July 2, 2017 at Sassmann’s Chapel in Belle MO for 2:00 P.M. A private family graveside services is planned at College Hill.

To order memorial trees or send flowers to the family in memory of Melvin B. Smith, please visit our flower store.