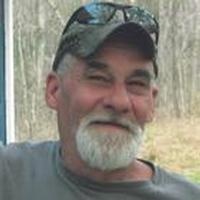 Melvin attended school in Linn. On August 2, 1980, he was united in marriage to Brenda Walters at the Christian Church in Belle. From this union four children were born. Brenda and son, Nehemiah, survive of the home in Belle. .

Melvin was employed by Carroll-Rehma Motors as a automotive technician in Linn for 34 years. He was a member of the Faith Baptist Church in Belle and took a active part on the building committee. Melvin enjoyed being outdoors. Whether he was fishing, or riding four wheelers with Nehemiah, that was where he was happy. His greatest joy was spending time with his children and grandchildren. He will be missed by all that knew him.

In addition to his wife, Melvin is survived by three sons: Travis Lange of Bland, Lucas Lange of Jefferson City, and Nehemiah Lange of the home; one daughter, Emily Bock and her husband Trevor of Belle; four grandchildren, Tayler Bock, Jacy Bock, Rydge Bock, and Faith Lange; one brother, Arlan Lange and his wife Marilyn of Bland; two sisters, Judy Siegler of Belle and Ida Mahaney and her husband Mike of Bland as well as many nieces, nephews, cousins, extended family members and friends.

In addition to her parents, Melvin was preceded in death by one brother-in law, Bill Siegler.

Visitation will be held from 10:00 a.m. until 11:00 a.m. on Saturday, December 6, 2014 at the Faith Baptist Church in Belle. A memorial service for Melvin will follow at 11:00 a.m. with Pastor Doug Lane and Bart Larson officiating.

Expressions of sympathy may be made to the Faith Baptist Church building fund.

To order memorial trees or send flowers to the family in memory of Melvin Rahy Lange, please visit our flower store.