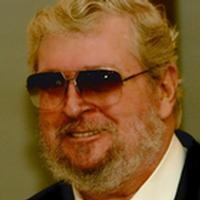 Melvin was born on July 12, 1945, in Detroit, Michigan a son to the late Melvin Charles Sr., and Maybelle Grace (Boehringer) Jones.

Melvin earned his GED and later served his country in the United States Army.

Melvin is survived by: one son, Kelly Cobb of Washington, Mo.; a daughter, Casey Schalk and her husband Rainey of Belle; four sisters, Melvina Jones of Bland, Darlene Lundergan of the State of Arizona, Sharon Jones of Henderson, Nevada, and Leslie Jones of the State of Missouri.

Graveside Service with Military Honors will be on Friday, June 19, 2015, at 4:30 p.m. at Liberty Cemetery near Belle with Bro. Jimmy Bickel officiating.

Expressions of sympathy may be made to the Family of Melvin Charles Jones, Jr.

To order memorial trees or send flowers to the family in memory of Melvin Charles Jones, Jr, please visit our flower store.