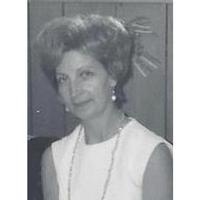 On June 12, 1981, she was united in marriage to Billy Joe Lammers at the Trinity Lutheran Church in Jefferson City. He survives of the home.

Mary was a homemaker and also had worked at the Window Factory in Freeburg.

Mary enjoyed cooking, baking, playing pitch, and traveling. Mary and her sister, Judy, enjoyed planning trips for area residents. She gave her life to her family and spending time with them was her greatest joy.

In addition to her parents, she was preceded in death by: one son, Darrel Lynn Bailey; three sisters, Allene Dunham, Judy Twehus, and Jeanette Noblett; two brothers, James "Lee" Noblett and Bud Noblett.

Visitation will be held from 10:00 a.m. to 12:00 p.m. on Thursday, March 17, 2016, at Sassmann's Chapel in Belle. Funeral Services will follow at 12:00 p.m. with Pastor Mitchell Seaton officiating. Interment will be in the Vienna Public Cemetery.

Expressions of sympathy may be made to the Vienna Public Cemetery.

To order memorial trees or send flowers to the family in memory of Mary Louise Lammers, please visit our flower store.