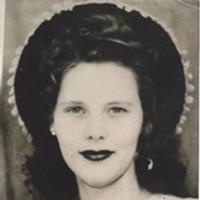 Mary and Harvey settled down in Bland, after many years of traveling with Harvey as he worked as a Logger. No matter where the family ended up, Mary always made it a priority to have the house feel like a home almost immediately. Although she did work as a shrimp picker in Oregon and at the Brown Shoe Factory in Bland, she spent most of her time as a homemaker. Mary made incredible white bread and fried chicken. She enjoyed crocheting, embroidering, sewing, taking walks, gardening and canning her own vegetables. Mary loved spending time with her family, grandchildren, great and great-great grandchildren.

Memorial Services for Mary will be held at 10:30 a.m. on Saturday, August 6, 2016 at the Bland Christian Church with Pastor Bruce Elmore offciating.

To order memorial trees or send flowers to the family in memory of Mary Martha Hollandsworth, please visit our flower store.