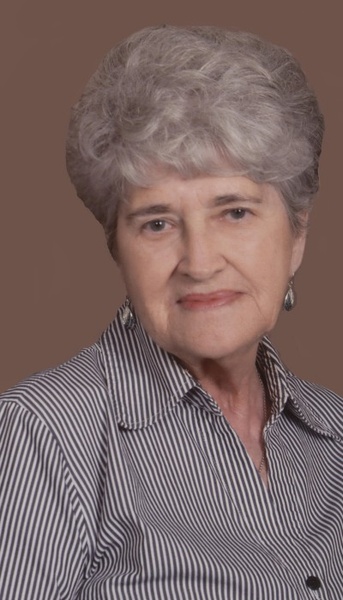 Mary Alverta Dishman, age 78 of Marshfield, passed away Thursday, January 14, 2021, at her residence surrounded by her loving family and blessed by God’s gift of a beautiful sunrise.

Alverta was born July 8, 1942, in Kellyville, Oklahoma, a daughter to the late William “Bill” and Jessie (Young) McNish.

Alverta attended school in Fordland, earned her GED and her certification as an EMT.

As a teenager, Alverta worked at Fisher Hi-boy Restaurant in Springfield where she would meet her future husband.  After her marriage, she was employed at Plessy/Tyler Coupling Corporation in Marshfield for 32 years, making many lifelong friends who still enjoy monthly luncheons. After retiring from Tyler Pipe, Alverta also worked at Dancy’s Restaurant in Marshfield with her son, Kenny for a short time as a hostess.

Alverta and JR purchased a farm outside of Elkland in 1960.  She was a member of Mission Chapel Baptist Church where she taught Sunday school and vacation bible school.  After moving to Marshfield in 1972 the family joined First Baptist Church of Marshfield where she taught first grade Sunday school for over 25 years, helping to lead many young people to salvation. Alverta was involved in other ministries at First Baptist through the years including church choir, wedding coordinator, vacation bible school, hand bell choir, association messenger and church mission trips.

Alverta extended her interest in missions after her children were grown.  She and her husband were members of Missourian on Missions who helped build churches throughout the United States. Alverta also went to Belarus with the Webster County Baptist Association twice on mission trips abroad.

Alverta was an active member of Parents as Teachers Association and a 4-H Leader.  She was very involved with her children’s school activities including running the snack bar, baking party snacks, supervising dances, late night bus pickups or cheering and clapping from the stands.

Alverta enjoyed cooking large meals for family get togethers. She was an amazing cook and if visitors left her home hungry it was their own fault. She would always offer to feed you. Alverta enjoyed attending Lady Bear basketball games, playing Rook with her monthly card party group, attending weekly music jams with her husband, playing games on her iPad, reading, watching RFD TV and listening to country and gospel music.   J.R. and Alverta went on several vacations through the years but her favorite destination was Alaska where she visited twice, which would explain her love of the TV shows Mountain Men and Life Below Zero. Her greatest joy came from the simplest of things, being with her family and enjoying their time together.

In addition to her parents and spouse of 57 years, Alverta was preceded in death by a brother, William McNish; a sister, Betty Jo Lewis; four brothers-in-law, Sherman Clair, Max Dishman, Chuck Dishman and Leland Lewis; and a sister-in-law, Peggy Dishman.

Funeral Services will be held at 10:00 a.m. on Tuesday, January 19, 2021, at First Baptist Church in Marshfield with Rev. J.C. Beckner officiating.  Interment will follow in the Marshfield City Cemetery.

Social distancing and facial coverings are required at both services.

In lieu of flowers, expressions of sympathy may be made to First Baptist Church of Marshfield or St. Jude Children’s Hospital.

To order memorial trees or send flowers to the family in memory of Mary Alverta Dishman, please visit our flower store.