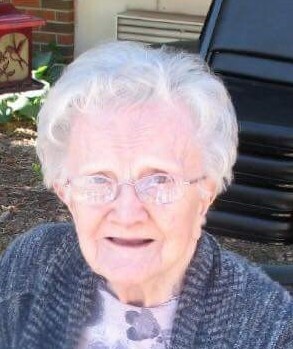 Mary Elizabeth Cook, 84, of Owensville, passed away on Friday, August 31, 2018, at Mercy Hospital in Washington.

Mary was born on March 10, 1934, in Huntington, West Virginia, a daughter to the late Andrew and Helen G. (Stuber) Shelton of Ohio.

Mary was married to Walter Cook for many years and during this union four sons were born.

Mary was very strong in her faith by reading the Bible daily and was a member of the Mount Pleasant Baptist Church in Owensville.

Mary is survived by her four sons: Edward Cook and his wife Lisa of Pacific, Walter Cook and his wife Julie of Holts Summit, Jeff Cook of Bland and Elwood Cook and his wife Chris of Owensville; a daughter-in-law, Cheryl Cook of Owensville; four step-children, Carolyn Baily and her husband Stan of Gerald, Patty Randolph of Fenton, Mike Cook of Afton, and Kathy Clodfelter of Nalcrest, Florida.; 13 grandchildren, 12 great-grandchildren; two sisters, Madalyn Whealdon of Columbus, Ohio and Helene Alverson of Warsaw, Ohio; two brothers-in-law and five sisters-in-law as well many nieces, nephews, extended family members and friends.

In addition to her parents and husband, Mary was preceded in death by numerous brothers and sisters-in-law.

Visitation will be held from 9:00 a.m. until 11:00 a.m. on Wednesday, September 5, 2018 at Sassmann’s Chapel in Bland. Funeral services will follow at 11:00 a.m. with Rev. Dennis Spurgeon officiating. Private family interment will be held at a later date at Howard Cemetery in Bland.

In lieu of flowers, expressions of sympathy may be made to the Family of Mary Elizabeth Cook.

Arrangements are under the direction of Sassmann’s Chapel, Bland, Mo. (646-3377) www.sassmannschapel.com

To order memorial trees or send flowers to the family in memory of Mary Elizabeth Cook, please visit our flower store.