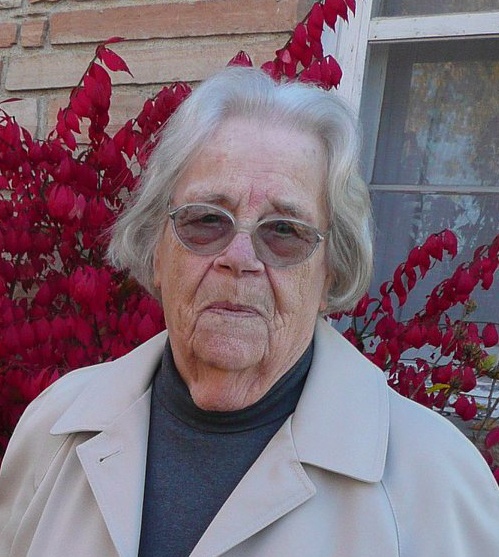 Marion Catherine Keller, 98 of Belle, passed away on July 13, 2019, at Gasconade Manor, in Owensville, Missouri.  She was born on December 19, 1920, in Gerald, Missouri to the late Edward H. Keller and Malenda C. (Brandhorst) Keller.  On April 24, 1943, she was united in marriage to Cecil Ira Thompson at Fort Sill, Oklahoma where he was stationed in the army.  To this union five children were born.

In her childhood years, her father was a miller and the family moved many times.  They lived several places in Missouri and South Dakota.  She attended Union College in Lincoln, Nebraska for two years, taking nursing, where she found chemistry to be especially interesting.

With the encouragement of her father, she left college in 1942 and accepted a teaching position in St. Louis, Missouri at a Seventh-Day Adventist church school.  She taught there one year before meeting Cecil on a blind date.  She enjoyed telling her grandchildren that they went on five dates total before they got married.  They were married for 46 years, until his death on September 3, 1989.

For the past 72 years Marion lived on a dairy farm north of Belle.  Many memories were made there while enjoying country life.  She was especially fond of her geese and she would always have one pet chicken from among the flock numbering as many as 500.

Marion could often be found sewing, embroidering or crocheting.  All of the quilts, doilies, bookmarks and other sewing projects that she made are too numerous to count.  Rarely did anyone who came to see her go away without receiving something that she had made.

Marion was an insatiable reader, and once she started a good book she often did not put it down until it was finished.  Another of her favorite pastimes was watching Nascar races with her family. She was an avid Carl Edwards fan, and was overjoyed to receive a gift from him on her 90th birthday.   She also enjoyed growing house plants, especially beautiful blooming African Violets.  With her green thumb she could make almost anything grow.

Marion is survived by her two sons, Lenard with his wife Juanita, Ira with his wife Diana, all of Belle, and two daughters, Carolyn Rollins of Cicero, Indiana, Donna Caplinger with her husband Michael of House Springs, Missouri, and son-in-law, Michael Harrison of Fairbanks, Alaska.  Also surviving are ten grandchildren and fifteen great-grandchildren as well as many extended family and friends.

In addition to her parents and husband, Marion is preceded in death by her sister Deloris White,  a daughter Lois Verl Harrison, a son-in-law Kenny Rollins,  and two grandsons, Keith Thompson and Jonathan Harrison.

Funeral services will be at 10:00 a.m. on Wednesday, July 17, 2019 at Sassmann’s Chapel in Belle with Dale Rosette officiating. Interment will follow in the Francis Cemetery.

Expressions of sympathy can be made to the family of Marion Thompson.

To order memorial trees or send flowers to the family in memory of Marion C. Thompson, please visit our flower store.