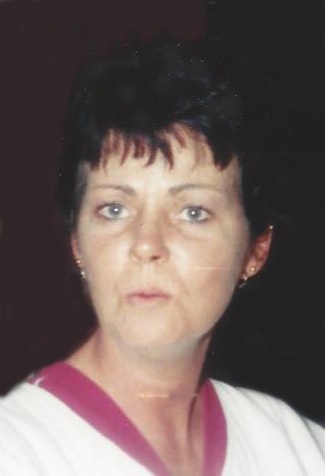 Marilyn (Gehlert) Fredendall, age 62, of Bland passed away peacefully on Thursday, June 28, 2018 in her home.

Marilyn was born on May 17, 1956, in Rolla, a daughter to Alfred and Patsy (McDaniel) Gehlert. Alfred precedes Marilyn in death and Patsy survives of her home in Belle.

Marilyn was a lifelong member of the area and attended the Belle School system before receiving her G.E.D later in life.

She was a member of the Faith Baptist Church in Belle. Marilyn was employed at Gasconade Manor and Victorian Manor as a C.N.A and also worked at several factories throughout the area.

Marilyn was united in marriage to Mark Allen Fredendall in 1996. They were happily married for 22 years before he passed away on October 2, 2011.

Marilyn was very talented at many things and could do anything she set her mind to. Some of her many hobbies were cooking, sewing, crocheting, doing yardwork and growing flowers. She was a incredible mother and loved spending time with her family and especially her grandchildren.

Marilyn is survived by: two daughters, Andi Seymour of Belle and Kristen Neidert and her husband Bernie, Jr. of St. James; four sons, Mark Fredendall, Jr. and his wife Rachel and two children of Washington, Steven Fredendall and his wife Amber and child of Oklahoma, Dustin Fredendall of Oklahoma, and Derek Fredendall and his wife and child of Oklahoma; grandchildren, Isaiah and Ethan Bailey, Lucas Cook, and Braxtyn Crider; two brothers, Mike Gehlert, and Joe Gehlert of Belle; one sister, Carla White and her husband Donnie of Rolla; and her ex-husband and close friend, Mike Graham as well as many extended family members and friends.

In addition to her father and husband, Marilyn is preceded in death by one son, Toby Graham.

In lieu of flowers, the family requests that expressions of sympathy may be made to the family of Marilyn Fredendall.

To order memorial trees or send flowers to the family in memory of Marilyn (Gehlert) Fredendall, please visit our flower store.