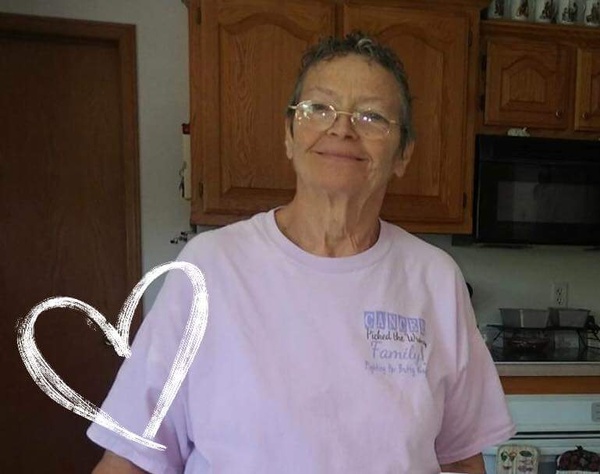 Loreta “Rita” Johnson, age 69, of Belle passed away Thursday, May 10, 2018 the University of Missouri Hospital in Columbia.

Rita was born on October 20, 1948, in Truman, AR, a daughter to the late Delbert and Mildred (Adams) Pearson.

She was a graduate of Astronaut High School in Titusville, FL.

In 1974, Rita was united in marriage to Delmar Johnson in Titusville, FL. Delmar survives of their home near Belle.

Rita had been employed as a Pharmacy Technician as a young woman but, once her first child was born, became a stay at home mom. Her children were her life and she loved the time she spent with them. She enjoyed baking, canning, fishing, hunting, watching soap operas, and traveling. Rita was an incredible quilter and made quilts for almost everybody in her family. She loved having her nails painted, her hair done and dressing as a lady should. Ritas greatest love though was spending time with her family and especially her grandchildren and great-grandchildren.

In addition to her husband of 44 years, Rita is survived by: two sons, Chauncey Whitehead and his wife Clareece of Belle and Christopher Johnson and his wife Jackie of Scottsmoor, FL; six grandchildren, Cordell and his wife Hailye Whitehead, Chauncey and his wife Kaeli Poling, Davis Johnson, Bradley Johnson, Izzy Johnson, and Carrie Burnhard; and five great-grandchildren as well as many brother and sister-in-law’s, extended family members, and friends.

In addition to her parents, Rita is preceded in death by one grandson, Michael Whitehead.

Expressions of sympathy may be made to the Jackson Cemetery Fund.

To order memorial trees or send flowers to the family in memory of Loreta "Rita" F. Johnson, please visit our flower store.