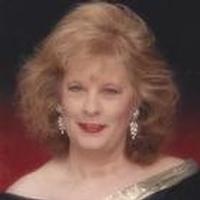 On August 8, 1959, Linda was united in marriage to Wesley E. Smith, Jr. in St. Ann, Missouri. From this union, they raised four children. Wes and Linda moved to the Belle area and were residents for over seventeen years. Wes survives of the home.


Linda was a homemaker. She enjoyed reading, traveling, camping, and in her younger years bowling. She also enjoyed feeding the hummingbirds that came around in the spring and summer. Her biggest joy in life was spending time and taking care of her husband, children, grandchildren, and great-grandchildren.

In addition to her parents, Linda was preceded in death by: three sisters, Carol Anne Barlow, Lareca Ashby, and Donna Schuler.

To order memorial trees or send flowers to the family in memory of Linda Michele Smith, please visit our flower store.
Send a Sympathy Card