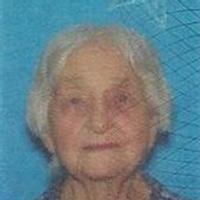 Leoda A. Durbin Stuesse, age 84 of Bland, passed away Friday, August 28, 2015, at Victorian Manor in Owensville after a long illness which she endured with grace.

Leoda was born July 3, 1931, in Cooper Hill, a daughter to the late Ray and Clara (Tyree) Hassler.

Leoda was a faithful member of Crossroads Baptist Church in Bland and was a music lover.

Leoda is survived by: one son, Billie Durbin and his wife Wiltrud of Owensville; two brothers, Donnie Hassler of Bland and Jimmy Hassler of Lake of the Ozarks; one sister Norma Shanks of Washington; 5 grandchildren and 9 great grandchildren as well as several nieces, nephews and friends.

In addition to her parents and two husbands, Leoda was preceded in death by one son, Toni Durbin; one brother and two sisters.

Funeral services will be held at 2:00 p.m. Sunday, September 13, 2015, at Crossroads Baptist Church with Rev. Danny Jarvis officiating. Interment will follow in the Crider Cemetery near Bland.

Expression of sympathy may be made to the Crossroads Baptist Church.

To order memorial trees or send flowers to the family in memory of Leoda A. Stuesse, please visit our flower store.