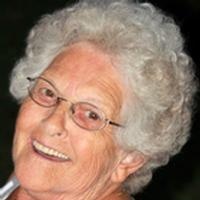 Leatha R. Hicks, age 75, of Belle, passed away Monday, May 30, 2016, at the Phelps County Regional Medical Center in Rolla surrounded by love.

Leatha was born on September 1, 1940, in Owensville, a daughter to the late Troy and Zoe (Campbell) Phelps.

She attended school in Redbird and Bland. Leatha was a member of the College Hill Baptist Church.

Leatha worked at Heartland Box Company in Belle for 20 years before retiring. She was known as "Ma Ma YaYa" to many and enjoyed getting on Facebook, sitting on her front porch, and listening to the police scanner to keep up with the action in town. Leatha was a St. Louis Cardinal fan and enjoyed her soap opera, the Bold and the Beautiful. She liked spending time with her many friends but her greatest joy was time spent with her family, grandchildren and great-grandchildren. She will be missed by her community as well as her family.

In addition to her parents and husband, Leatha was preceded in death by an infant son, Timothy Newton.

A celebration of her life will be held at 11:00 a.m. on Wednesday, June 1, 2016 at the First Christian Church in Belle with Pastor Mitchell Seaton officiating. Interment will follow in the Grovedale Cemetery near Bland.

Expressions of sympathy may be made to the Ya Ya's.

To order memorial trees or send flowers to the family in memory of Leatha R. Hicks, please visit our flower store.