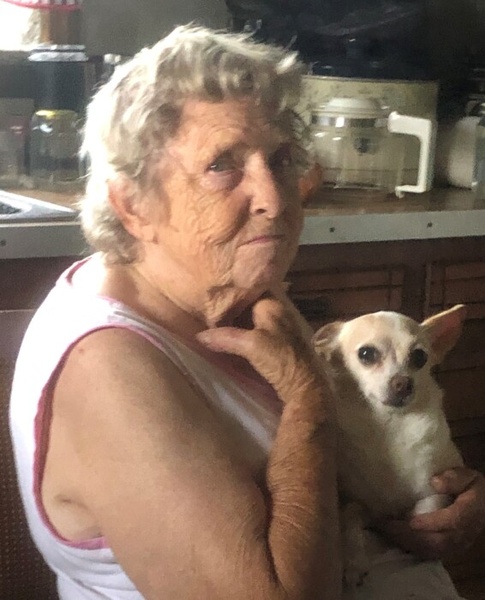 LaVerne Marlene Shanks, age 86, of Highgate, passed away Monday, August 30, 2021, at the University of Columbia Hospital.

She was born February 26, 1935, in rural Jefferson County a daughter to the late Lee Fredrick and Kathryn Elizabeth (Sneedle) Schmelz.

She was a longtime area resident and attended the Highgate Baptist Church.

In 1983 she was united in marriage to Stanley Shanks on the farm in Highgate. Stanley preceded her in death on September 9, 2006.

LaVerne drove a school bus for the St. James R-1 School district for 36 years. She transported many generations of children to and from school and made many memories through the years. She loved cooking for her workmates and visiting with them. LaVerne had a great sense of humor and was very fun and outgoing. She always seemed to put others needs before her own. LaVerne had a glow about her that lit up many people’s life through the years. Her hobbies included gardening, canning and taking care of the animals on her farm. Her greatest joy was time spent with her family. LaVerne will be missed tremendously by her family and anyone who knew and loved her.

Laverne is survived by: seven children, Stanley Buchmiller and his wife Priscilla of Washington state, Donna Sue Skinner and her husband David of South Haven, Michigan, Betty Buchmiller of Vichy, Frank Buchmiller of Highgate, Mary Layton and her husband Joe of Dittmer, Kathy Meyer of St. Roberts, and Cindy Smith of Holland Michigan; numerous grandchildren and great grandchildren; and one sister Mildred Kley of New Haven as well as many nieces, nephews, extended family members and friends.

In addition to her parents and her husband Stanley, she was preceded in death by one son, Donald Buchmiller, two brothers, Leo and Herbert Schmelz and two sisters Mary Crull/Kley and Irene Hodge.

Services for LaVerne will take place on Friday, September 3, 2021 in the Highgate Baptist Cemetery. Friends and family are welcome to gather at 10:30 a.m. and services will begin at 11:00 a.m.

To order memorial trees or send flowers to the family in memory of LaVerne Shanks, please visit our flower store.