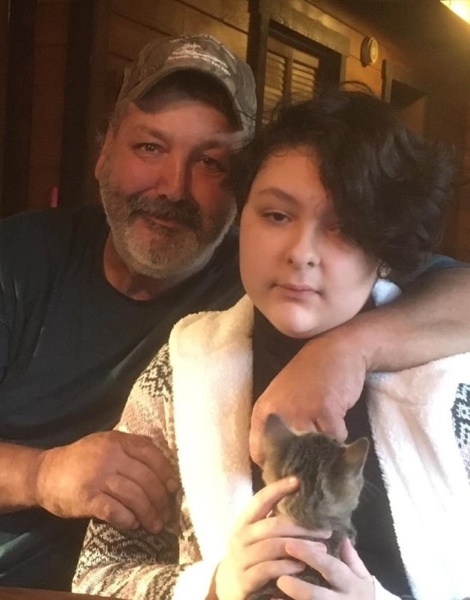 Kenneth was a 1988 graduate of New Haven High School. He had became an Carpentry Apprentice following high school but his dream was cut short following a tragic automobile accident. However, Kenneth did continue to work through the years becoming a great carpenter building things around the farm with his father.

Kenneth had been a area resident for 26 years after moving with his family from New Haven. He enjoyed hunting, fishing, trapping, and teaching people the craft. Kenneth was a St. Louis Cardinal and K.C. Chiefs fan. He could fix anything and liked reading hunting magazines. Kenneth’s greatest love was his daughter, Kenady. She was his life. He was a great dad, son, uncle, and godson and will be missed greatly by his daughter, family and friends.

Kenneth is survived by: his father and mom, Kenneth M. Detjen and Judy of Bland; his daughter, Kenady Jordyn Detjen of Bland; five brother and sisters, John Hiatt of Herman, Jim Nugent and his wife Amber of Walnut, Il, Jamie Nugent and his wife of Texas, Angie Detjen and her companion Holly of Bland, and Sebrina Ausbrooks and her husband Ken of Washington; twelve nieces and nephews, Danielle, Rebekah, Tyler, Michael, Nataleigh, Katie, Jimmy, Mac, Nolan, Johnny, Mya, and Noah; five great-nephews; two uncles, John H. and Herbert J. Detjen; and his god parents, Frank and Dora Rice and their families as well as many extended family members and friends.

He was preceded in death by his love, Jeannette “Charly” Franko and his maternal and paternal grandparents.

Expressions of sympathy can be made to the family to go towards a college fund for Kenady.

To order memorial trees or send flowers to the family in memory of Kenneth "K.J." J. Detjen, please visit our flower store.