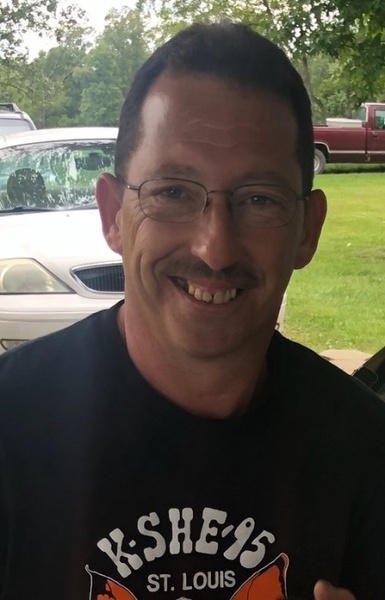 Ken was born August 30, 1970, in Poplar Bluff. He was the son of Louis and Lucille (Fortner) Wilcox. Louis preceded him in death and Lucille survives of her home near Bland.

Ken attended the Belle School system and proudly received his G.E.D. later in life. He had been employed at Raineri Transmission in Owensville for many years and was known as a great mechanic.

Ken was a fun loving man who loved to tell jokes and entertain his family and friends. He was a good Christian and strong in his faith to God. Ken was always around to help people in need. Whether it was working on friends or families cars or mowing someone’s grass, Ken was there to offer his assistance. His laughter and smile will be missed greatly by those that knew him.

Ken was preceded in death by his father, Louis Wilcox.

Expressions of sympathy may be made to the family of Ken for the purchase of a monument.

To order memorial trees or send flowers to the family in memory of Kenneth "Ken" L. Wilcox, please visit our flower store.