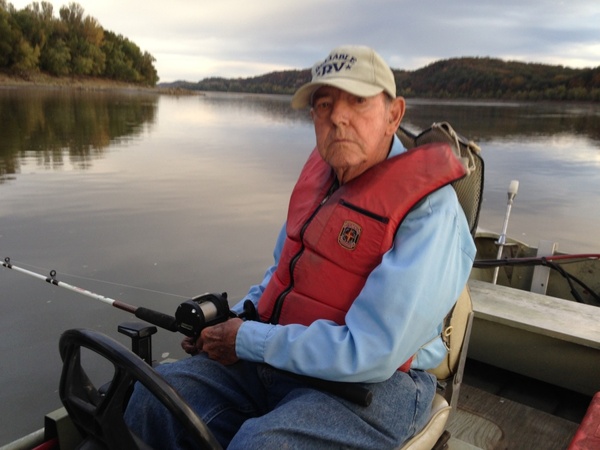 Wayne served his country in World War II as a member of a tank unit stationed in Germany at Regensburg. There, he contracted an infection and was sent to the Walter Reed Hospital and discharged in 1947. Once he was sent home to St. Louis, he met his wife and remained married for fifty years before her death. Before his retirement, he worked for KV Pharmaceutical.

Wayne is what everyone called him. He enjoyed fishing and camping. Wayne also liked to work with his hands, and could be always found outside working or maintaining his property. He was very exact in all he did, making sure that it could be fixed or built correctly. He was the grandfather of seven grandchildren and great-grandfather to twelve.

He was preceded in death by his parents, Jesse and Faye Carpenter, his wife Willadeen, a brother Earl, and a daughter Carol.

He will be missed by all who enjoyed his company and those who loved him, either as a father, uncle or friend.

A memorial visitation for Wayne will be held from 10:00 a.m. until 11:00 a.m. on Saturday, March 9, 2019 at Sassmann’s Chapel in Bland. Memorial services will follow at 11:00 a.m. Interment will be in the Bland Union Cemetery with full Military Honors.

To order memorial trees or send flowers to the family in memory of Kenneth Wayne Carpenter, please visit our flower store.