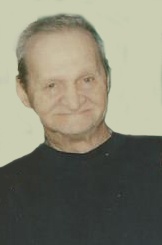 He was born August 3, 1931, in College Hill, a son to the late Buehl and Bonnie (Pointer) Lansford.

Junior was a lifelong area resident and proudly served his country in the United states Army during the Korean Conflict. He had been employed at Brown Shoe in Owensville

He was united in marriage to Muriel Francis and to this union eight children were born. Muriel preceded him in death on January 18, 2013.

Junior enjoyed fishing, hunting, and gardening when he was younger. He loved watching the St. Louis Cardinals, running trout lines on the Gasconade River, mushroom hunting and being outdoors. Junior was a bit ornery and had a great sense of humor. He will be missed by all those that knew and loved him.

In addition to his parents and wife, Junior was preceded in death by five brothers, Pete, Charlie, Bruce, Buck, and Leon Lansford.

Private family funeral services will be held at Sassmann’s Chapel in Belle. Interment will be in the College Hill Cemetery.

Expressions of sympathy may be made to the College Hill Cemetery fund.

To order memorial trees or send flowers to the family in memory of Junior "Jug" O. Lansford, please visit our flower store.