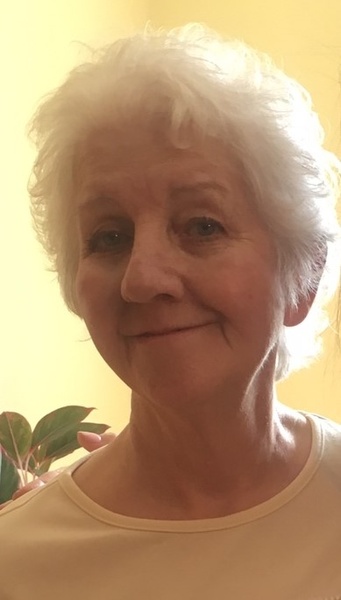 Julia Ann Branson, age 71 of Belle, passed away on Sunday, April 28, 2019, at her residence surrounded by her family.

Julia was born October 24, 1947, in Lanes Prairie, a daughter to the late George James and Georgia (Price) Bockover.

Julia was a hard worker all of her life. She helped her husband Mack cut and haul wood while raising four children. She was a strong, selfless woman who never complained. She was a wonderful mother and grandmother who always put everyone elses needs above her own. Her children and grandchildren were her life. They all were made to think that they were her favorite.  She loved spending time with them, making them their favorite foods, going to their softball or baseball games, watching football with her grandsons and rooting for one of their favorite teams. You could count on her to know all the details when it came to the St. Louis Cardinals, the Pittsburg Steelers, the Minnesota Vikings and the New England Patriots. She spent most mornings reading the Bible. She had a strong faith in the Lord and applied it to her everyday life. In September 2001 she was baptized in the Gasconade River. She loved gardening, canning, weed eating and taking walks with her dogs Arnold and Toots.  She will be sadly missed by her family and friends.

Julia is survived by: one son, Jeff Branson and his wife Genna of Bland; three daughters, Tammy Abernathy and husband Paul of Belle, Shelly Branson and Matt Fischer of Jefferson City, and Sheila Tinsley and her husband Scott of Jacksonville, FL.; eleven grandchildren, Kyle Branson of Belle, Shannon Wolfe and her husband Jacob of Linn, Thomas Cote and his wife Devon of Belle, Jason Seba of Belle, Lance Lunceford and Dustie of Jefferson City, Cody Adkison and Elle Adkison of Bland, Jessica Lukander of Jacksonville, FL, Kelsey Fischer and Christian Gomez of Jefferson City, Madison Fischer of Holts Summit, and Joshua Fischer of Holts Summit; six great grandchildren, Carter Bauer, Makenna Branson, Harper Branson, Mia Wolfe, Jeffery Lunceford and Isabella Gomez; one brother, Billy Ray Bockover of Kansas City, KS.; and one sister in law, Dalia Tiede and her husband Walter of Vichy as well as many nieces, nephews, and other family members and friends.

In addition to her husband, Julia is preceded in death by: one son, Donald Branson Jr., one sister, Dorothy Bockover, and three brothers, Richard, Jessie and Chester Bockover, and numerous brother and sister in laws.

Visitation will be held on Wednesday, May 1, 2019 at Sassmann’s Chapel from 10:00 a.m. until 11:00 a.m. Funeral services will follow at 11:00 a.m. with Kevin Runge officiating. Interment will be at Skaggs Chapel in Lanes Prairie.

Expressions of sympathy may be made to the family of Julia Branson or the Ya Yas.

To order memorial trees or send flowers to the family in memory of Julia Ann Branson, please visit our flower store.