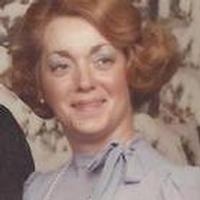 Judy was born February 7, 1941, in Vienna, Mo a daughter to the late Aurther Mathes and Naomi Mathes. She was raised by Naomi and Wilber "Web" Matthews whom she always considered her dad.

On December 21, 1958 Judy was united in marriage to Sheridan Neil Phillips in Belle at the First Baptist Church. He preceded her in death on May 16, 2008.

Judy was a homemaker. She enjoyed home decorating as well as her flower gardening, puzzles, and spending time with family and friends. Judy loved being around people and missed it greatly in later life when she wasn't able to.

Judy was of the Baptist faith and her father was a Baptist preacher.

She was preceded in death by her parents and husband.

Funeral Services will be held at 10:00 a.m. on Saturday, July 6, 2013, at the First Baptist Church in Belle with Bro. Jimmy Bickell officiating. Interment will follow in the Liberty Church of Christ Cemetery.

Expressions of sympathy may be made to the family of Judy.

To order memorial trees or send flowers to the family in memory of Judith 'Judy' Ellen Phillips, please visit our flower store.
Send a Sympathy Card