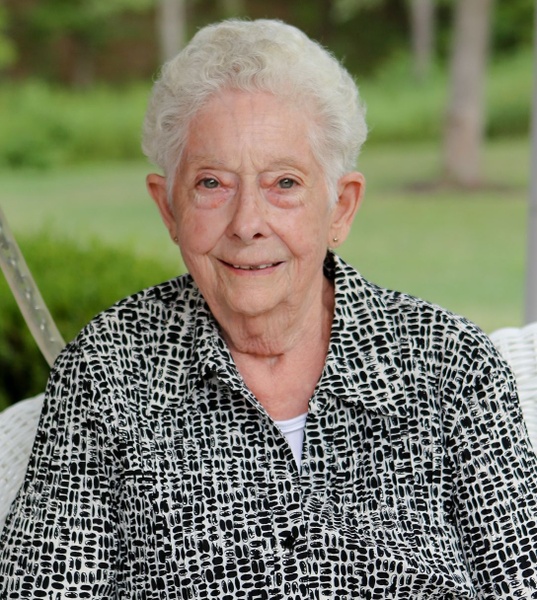 Juanita May (Heck) Butler of Vichy, MO, passed away on Friday, March 11, 2022, at Capital Region Medical Center in Jefferson City, at the age of 85. She was born near Belle on Feb. 15, 1937, to Herbert Victor Heck Sr. and Thelma (Elrod) Heck. She was the oldest of five children. She was educated in the one-room school houses of East Fairview and Dixie and was a member of the Belle High School Class of 1955. Juanita left school her junior year to help support her family. On May 28, 1960, she married Robert “Pete” Butler in Jefferson City. She worked at the International Shoe factory in Belle. In 1963, Juanita and Pete purchased their farm near Vichy and moved from Belle. Together, they had two daughters, Bonnie and Beckie. Juanita was a stay-at-home-mom while her children were young. During that time, for one to two days a week, she worked at the Lanes Prairie Store. She also did custom sewing, making countless wedding and bridesmaid dresses from her home, and had a large garden. She and Pete also had a small cattle operation. As her daughters got older, she rejoined the workforce, working at Ottenheimer Sewing Center at Vichy and later as a cook at the Bland Middle School. She was a parent volunteer for the Hawk-Eye 4-H club while her daughters were involved, and she supported her daughters in their school activities.

Around 1990, she was elected to the board of the Vichy Volunteer Fire Department, and she served until her passing. In addition to being a board member, she was also chaired the fundraising/food committee. She put her wonderful cooking skills to work and coordinated the fire department dinners and the food operations when the fire department served food at auctions, the Ozark Extravaganza, the cattle sale at Vienna and at the Maries County Fair at Vienna. Her efforts paved the way for a new firehouse and new fire equipment through the years. She made hundreds of friends and welcomed many to the Vichy community as she called for volunteers to help with fundraising events.

She was happiest when she became a “Granny” to Logan, Konnor, Lauren and Kayli. She served as their back-up sitter and catered to their every wish. She taught them all how to fish. She and “Pa” attended every soccer, t-ball, softball, baseball and basketball game and other activities that their grandchildren were involved in, and this continued until the winter of 2021, when her health would no longer allow it.

Juanita is survived by her husband of 61 years, Pete of the home; their two daughters: Bonnie Prigge and husband, Mike, of Vichy, and Beckie Lansford and husband, Kevin, of Belle; four grandchildren: Logan Prigge, Lauren Prigge, Konnor Lansford and Kayli Lansford. She is survived by three siblings: Victor Heck Jr. and his wife, LaDonna, of Belle; Jeanie McKee, and her husband, Bob, of Owensville; and Patty Shanks, and her husband, Randy, of Belle; and one sister-in-law, Betty Green of Belle. Also surviving are two aunts, Sue Morgan of Kansas City and Jessie Licklider of Cuba along with a host of nieces, nephews and cousins.

She is proceeded in death by her parents, her parents-in-law Frank and Bertha Butler, and one sister, Darlene Heck, in infancy, and several brothers-in-law and sisters-in-law.

A memorial service is planned on Sunday, March 20, 2022. Visitation will be from 2-4 p.m. at Sassmann’s Chapel in Belle with the funeral at 4 p.m. at the chapel. Dinner will follow at the Vichy Volunteer Fire Dept. In lieu of flowers, the family suggests that memorials be made to the Vichy Volunteer Fire Dept. or to the Maries County R-2 Schools Foundation for scholarships.

To order memorial trees or send flowers to the family in memory of Juanita M. Butler, please visit our flower store.
Send a Sympathy Card