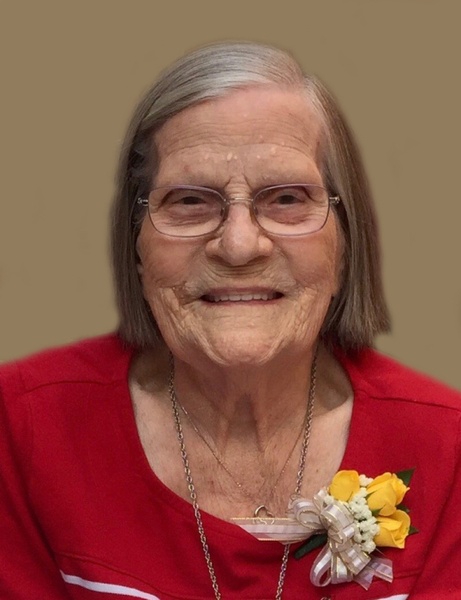 Josephine was a homemaker and an avid reader. More recently she enjoyed playing Bingo and doing crafts with her friend Georgia and others at the home. She was an animal lover and had many pets through the years. She also donated to many various charities that helped animals including, the Humane Society and the ASPCA global animal rescue association. Above all, she loved spending time with her family.

In addition to her parents and husband, Josephine is preceded in death by a grandchild, James Wallace, a great-grand child, Jason Wallace, a daughter-in-law, Jeananne Wallace, and an infant son, William Claude Wallace.

Visitation for Josephine will be held from 11:00 a.m. until 1:00 p.m. on Saturday, December 16, 2017 at Sassmann’s Chapel in Belle.  Funeral services will follow at 1:00 p.m. Interment will be in the Liberty Cemetery near Belle.

Expressions of sympathy may be made to the Humane Society of Missouri, 1201 Macklind Avenue, St. Louis, MO 63110.

To order memorial trees or send flowers to the family in memory of Josephine C. Wallace, please visit our flower store.