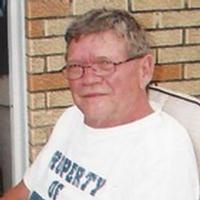 He was a graduate of College Springs, IA High School. Following High School, Joe went to work for Delta Airlines for a short time before joining the United States Army and serving in Vietnam. After his discharge, he went back to work for Delta. He worked as a Baggage Handler for 33 & 1/2 years before retiring. While working for the airline, Joe had lived in many different cities including, Chicago, St. Louis, and the Dallas-Fort Worth area. He will be missed by those that knew and loved him.

Joe had been a resident of the Bland area for over 8 years, moving from Iowa to be closer to his family in St. Louis. He enjoyed photography, bicycling, riding motorcycles, and going to the lake. His favorite movie was "An Affair to Remember" and he loved the music from "The Big Chill". His greatest joy was time spent with his family and especially his grandchildren.

In addition to his parents, Joe was preceded in death by: one brother, Charles Whipp and his wife Pat, and two nephews, Dan Whipp and Luke Morrison.

Graveside Services will be held at 1:30 p.m. on Monday, December 28, 2015 at Jefferson Barracks National Cemetery in St. Louis with full Military Honors.

The family of Joe asks that in lieu of flowers, expressions of sympathy may be made to the St. Jude's Children's Hospital in St. Louis.

To order memorial trees or send flowers to the family in memory of Joseph Glenn Whipp, please visit our flower store.