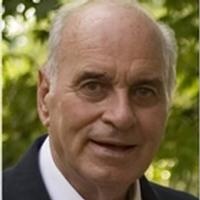 He was a 1953 graduate from Vienna High School and held several state records in track and field. His love for track and field continued as Joe joined our Armed Forces in December following his graduation. He proudly served in the United States Army during the Korean conflict. Following his service to our country, he went to work at the General Motors Plant in Wentzville. He retired in 1984 after 31 years. After retirement, Joe worked at Grants Farm in St. Louis for several years. He really enjoyed his time there.

Joe was united in marriage on October 6, 1994 to Carol Rhodes at the Bland Christian Church. Carol survives of their home in Bland.

Joe was a story teller and liked to spend time chatting with people at the local cafAC.'s. He enjoyed gardening, photography, and older country music. He loved being outdoors and hunting, especially with family and his good friends, Kent Griffith and Ken Dennis. Joe like spending time with his friends and family and will be missed greatly by those that knew him.

In addition to his wife of 21 years, Joe is survived by: three step-sons, Clint Sarchette and his wife Jessica of Washington, Rocky Sarchette and his wife Toby of Ferguson, and Ben Lunceford and his girlfriend Allie of Rolla; one step-daughter, Chrissy Holland and her husband Kenneth of Fulton and one daughter, Melissa Adkins of Columbia, TN; one sister, Irene Malone of Rolla; two nephews, Merlin and Marlin Malone; nine grandchildren, three great-grandchildren as well as many extended family members and friends.

In addition to his parents, Joe is preceded in death by one son, Robert Lee Adkins, one daughter, Donna Marie Henslee and two brothers, Robert and Gene Adkins.

Funeral services will be at 10:00 a.m. on Tuesday, May 5, 2015 at the Open Door Fellowship Church in Bland with Rev. Steve Wagner officiating. Interment will be held in the Union Hill Cemetery near Vienna with full Military Honors.

In Lieu of flowers, expressions of sympathy can be made to the Open Door Fellowship Church in Bland.

To order memorial trees or send flowers to the family in memory of Joseph Leon Adkins, please visit our flower store.