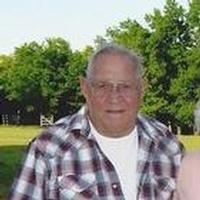 John was born on December 28, 1938, in Bridgeton, Missouri, the son of the late Ben and Sophie (Litteken) Willen.

John was united in marriage on May 18, 1957, in Bridgeton, to Dorothy G. (Kopesky) Willen, who survives at the home.

John was a carpenter and he enjoyed hunting, fishing, shooting and woodworking. His greatest love was spending time with his family.

In addition to his parents, John was preceded in death by several brothers and sisters.

In accordance with John's wishes, his body has been cremated and no services are planned at this time.

To order memorial trees or send flowers to the family in memory of John R. Willen, Sr, please visit our flower store.