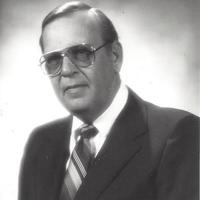 John W. Ridenhour, age 78 of Belle, passed away suddenly on Wednesday, December 7, 2016, at his residence.

John was born August 26, 1938, in Summerfield, a son to the late Leslie and Tillie (Wommel) Ridenhour.

John was a 1956 graduate of Belle High School.

On August 30, 1958, he was united in marriage to Melva Heck in Fort Hood, Texas. She survives of the home.

In 1958, John enlisted in the United States Army serving until 1960. He returned to Belle in 1960 and operated Bill and John’s Feed Store until 1961 when John and his father-in-law started doing carpentry work in the Belle area. In 1963, John went to work for the Conoco Oil Company where he worked as a District Manager until 1979. Then in 1979, John and his wife Melva opened the Western Auto Store in Belle. They operated the store until 1986. After selling the store, John was employed by ST Services and retired in 2000. John was also a two term Mayor for the City of Belle, serving from 1981 to 1986. In 1971, John was listed in the Outstanding Young Men of America Book.

John was a member of Pilot Knob Baptist Church. As a younger man, John enjoyed hunting, fishing, gigging, and being involved in his sons sporting activities. After retirement, he enjoyed watching St. Louis Cardinal baseball, NASCAR, and old western movies.

In addition to his parents, John was preceded in death by: a sister and her husband, Janet and Les Towell; two brothers-in-law, Charles Ray Baxter and Bob Ridenhour; and his father and mother-in-law, Bill and Dorothy Heck.

Funeral Services will be held at 11:00 a.m. on Tuesday, December 13, 2016, at Pilot Knob Baptist Church with Rev. Perry Wolfe officiating. Interment will follow in the Pilot Knob Cemetery.

Expressions of sympathy may be made to the Pilot Knob Cemetery.

To order memorial trees or send flowers to the family in memory of John W. Ridenhour, please visit our flower store.