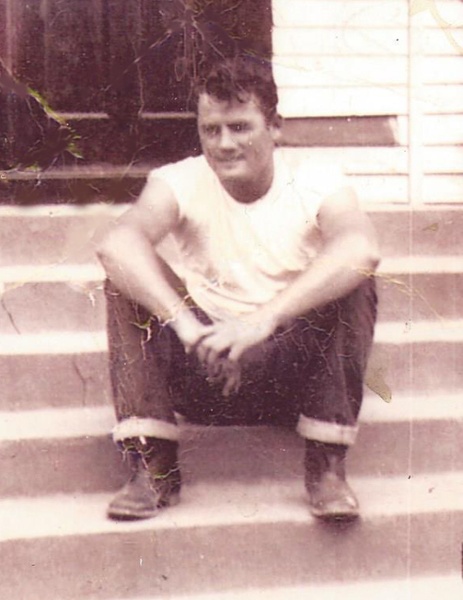 On December 23, 1975, John was united in marriage to Ruth Bialczyk in Belle. She survives of their home near Bland.

He had been employed at the International and Brown Shoe Companies. He also spent a short time at Kingford working in the kilns and at Lyn-Flex in Owensville. Later in life he cut and sold cord wood.

John loved fishing which earned him the nickname “Catfish John”. He was well known for his expertise in how to catch the “big ones”. He enjoyed going to the local café’s, and having coffee with friends and to discuss the daily events. John liked to watch westerns on T.V., playing guitar, gardening, growing flowers and plants, and attending family reunions. John loved spending time with family and friends and he will be missed by those that knew and loved him.

In addition to his spouse of almost 43 years John is survived by: two sons, Matt McDaniel of Bland and Rueben Bialczyk and his wife Kathy of Nevada; and one sister, Patsy Gehlert of Belle as well many nieces, nephews, extended family members and friends.

Visitation will be held from 9:00 a.m. until 11:00 a.m. on Tuesday, March 27, 2018 at Crossroads Baptist Church near Bland. Funeral services will follow at 11:00 a.m. with Danny Jarvis officiating. Interment will be in the Skaggs Chapel Cemetery.

Expressions of sympathy may be made to the Crossroads Baptist Church or to the Skaggs Cemetery fund.

To order memorial trees or send flowers to the family in memory of John M. McDaniel, please visit our flower store.