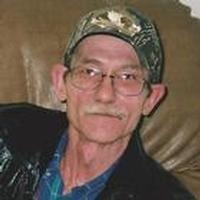 John E. Guthrie, age 64, of Belle, passed away Saturday, August 9, 2014, at his residence after a long battle with cancer.

John was born on August 11, 1949, in Farmington, Illinois, a son to the late Farguhar M. "Frog" and Shirley M. (LeMasters) Guthrie.

John attended school in the Farmington, IL school system and received his G.E.D. later in life.

On August 16, 1984, John was united in marriage to Candy Brown in Lewistown IL. Candy survives of the home in Belle.

John grew up in Farmington and after his marriage to Candy, the couple moved to Doniphan, MO. After a few years in Missouri they moved back to Illinois but decided that Missouri was where they wanted to be. So they moved back to Missouri in 1999 and have been Belle residents ever since.

John was employed at Caterpillar in Peoria, IL as a younger man. After the move to Missouri, John worked as a nurse's aide, eventually obtaining his degree as a Certified Medical Technician and working for Gasconade Manor and Bland Independent Living in Owensville. He also worked for Quaker Windows in Freeburg and Jahabow Industries in Owensville.

John enjoyed listening to older country music, sitting at the river, and watching the old shows on T.V. Land. He especially enjoyed spending time with his oldest childhood friend, Eugene Welker. They had been through a lot together through the years and could spend hours talking about cars and motorcycles among other things. John loved his dog that had passed away a few years ago, but his greatest love was spending time with his family, especially his grandchildren. John will be missed and remembered by all who knew and loved him.

In addition to his wife of 30 years, John is survived by: one daughter, April Hilton and her husband Peter of Belle; one son, Johnny Ross of Illinois; one stepdaughter, Tanya Andrews of Quincy, FL; one step-son, Sonny Wheeler of Illinois; three grandson's, Peter Jr, Alex, and Taylor Hilton; one step-grandson, Dakota; four step-granddaughters, Aubry, Emily, Alexia, and Emily; twelve nephews, four nieces, and two sisters, Jean Dunne of California and Janice Harper of South Carolina, as well as many cousins and extended family members and friends.

In addition to his parents and grandparents, John was preceded in death by one brother-in-law, Jason Brown.

Visitation will be held from 4:00 p.m. to 7:00 p.m. on Thursday, August 14, 2014, at Sassmann's Chapel in Belle. Funeral Services will follow at 7:00 p.m. with Pastor Loraine Bossaller officiating. A private family burial will take place at a later date.

In lieu of flowers, expressions of sympathy may be made to the American Cancer Society.

To order memorial trees or send flowers to the family in memory of John E. Guthrie, please visit our flower store.