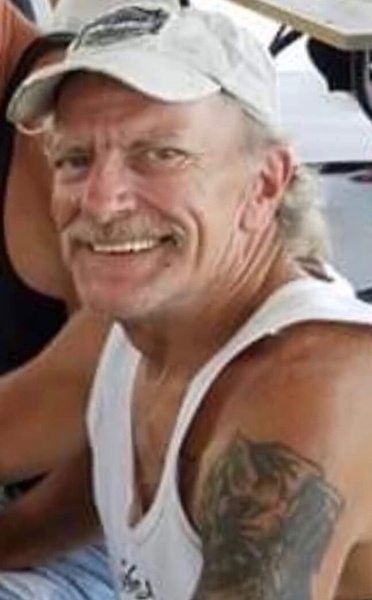 John Kelly Finley of Belle, passed away in his home, on Tuesday, August 20, 2019. John was 57 years of age and his death was due to congestive heart failure.

He was born in Rolla to the late John David “Jack” Finley and Lady Maureen (Gallagher) Finley. John was a carpenter by trade and loved to work on any type of machinery, especially motorcycles and would help out anyone with their bike.  John enjoyed life to the fullest, but his greatest joy in life after his daughter and granddaughter, was riding his Harley.  It was never too cold or too wet for him to ride.  John never met a stranger, always had a smile on his face, and was well known for his childhood antics.  In addition to his parents, he was preceded in death by son, Austin Kelly Finley.

A memorial service celebrating the life of John Kelly Finley will be held on Saturday, August 24, 2019 at 2:00 p.m. at the Belle United Methodist Church, followed by his last ride to Killin’ Time in Bland, MO.

To order memorial trees or send flowers to the family in memory of John Kelly Finley, please visit our flower store.