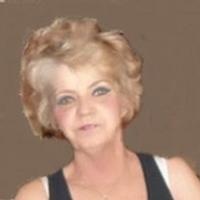 Jessie was born June 16, 1949, in Rosebud, a daughter to the late Eugene G. and Zelma E. (Ficke) Jones. Both preceded her in death.

She attended the Crossroads Baptist Church with her family as a child and had been attending the Forest City Christian Church in St. James until her death.

Jessie had been employed as an waitress for most of her life and loved it. She had worked at different restaurants in many states, including Texas, with her last job being employed at Crossroads Restaurant in St. James.

She loved to talk and had made many friends through the years. Jessie enjoyed collecting Indian relics, reading, antiquing, crocheting, listening to country music and dancing. She was a wonderful cook and loved doing it when she was younger. Jessie loved her dog "Little Man". She will be missed by all those that knew her.

She was preceded in death by: one son, Keith Wagner; three brothers, Ronald Jones, Charlie Jones, and Mack Ridenhour; two sisters, Mary Ann Thompson and Carmalitta who died in infancy

A memorial service will be held at 10:00 a.m. on Thursday, September 17, 2015 at the Crossroads Baptist Church, Bland, with Pastor Danny Jarvis officiating. Church doors will be opened at 9:00 a.m.

Expressions of sympathy may be made to the family of Jessie Litton for funeral expenses.

To order memorial trees or send flowers to the family in memory of Jessie M. Litton, please visit our flower store.