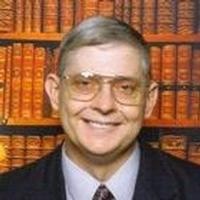 Jerry was born on March 26, 1954, in Lockney, Texas, a son to the late Thomas Harvey and Glenis (Hays) McDonald.

Jerry was a 1972 graduate of McDonald County High School in Southwest Missouri. In 1974, Jerry enlisted in the United States Navy where he served on the USS Hancock and the USS Denver as a boiler technician during the Vietnam War. Jerry also served in the Navel Reserves following his time in the US Navy. Once his service to his country was over, Jerry's service to God began. He went on to attend and graduate from the Brown Trail School of Preaching in Fort Worth, Texas.

On March 5, 1983, he was united in marriage to Andrea Boland at the Church of Christ in Bella Vista, Arkansas. She survives of the home in Belle.

Jerry spent over 32 years of his life sharing the word of God as a Church of Christ minister. His ministry took him to several states including the Belle Church of Christ where he was the preacher for four years. Jerry also served the communities of Crocker, Dixon and Crawford County as a policeman for eleven years.

Jerry was a resident of Belle since 2006 and a member of the Belle Church of Christ. He was the President of the Belle Chapter of Missouri Right to Life and wrote many articles for various Christian papers. He also enjoyed having church debates with friends. Jerry also enjoyed writing and had completed his first Sci-Fi novel and was working on his second. He liked watching the old T.V. shows, The Lone Ranger, CHIPS, and Bonanza; he enjoyed older country music and as a younger man, enjoyed coon hunting with his dad, and later fishing with his son, Thomas. He will be missed by all who knew and loved him.

In addition to his parents, he was preceded in death by: two brothers, Gene and Lowell McDonald and four sisters, Margory Horn, Melba Perkins, Nelta Brock, and Norma Preston.

Funeral Services will be held at 1:00 p.m. on Thursday, October 23, 2014, at the Belle Church of Christ with Walter Buchanan officiating. Interment will be held at the Fort Leonard Wood Veterans Cemetery located in Waynesville.

Expressions of sympathy may be made to the Church of Christ in Belle.

To order memorial trees or send flowers to the family in memory of Jerry Don McDonald, please visit our flower store.