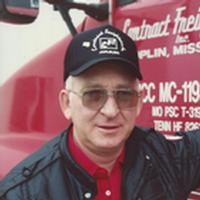 Jerry was born on November 9, 1940, in Osage County, a son to the late Chesley and Tillie (Owens) Goodman.

Jerry was a graduate of Belle High School.

Jerry was a truck driver from the early age of 16. He drove for CFI Trucking Company located in Joplin for many years until his retirement. After his retirement, Jerry continued to drive for local farmers.

In past years, Jerry had been the Bland Fire Chief, President of the Bridle and Saddle Club of Belle and a member of the Bland Park Board.

Jerry enjoyed hunting, riding horses and four wheelers on the farm, and playing pinnacle. However, his greatest joy was spending time with his family, especially his grandchildren and great grandchildren.

Jerry is survived by: one son, Rick Goodman and his friend Michelle Kurrelmeyer of Owensville; one brother, Mural "Bob" Goodman of Belle; one sister, Dorletha Withouse of Summerfield; a special friend, Sue Cole of Bland; two grandchildren, Andrea Hane and her husband Evan of St. James and Tanner Goodman of Owensville; and two great grandchildren, Ryder and Jasper Hane.

In addition to his spouse of 45 years and his parents, Jerry was preceded in death by: one son, Ryan Goodman; one brother, Kenneth Goodman; and two sisters, Myrtle Oliver and Fern Cramer.

Funeral Services will be held at 11:00 a.m. on Wednesday, February 11, 2015, at Sassmann's Chapel in Bland with Pastor Bruce Elmore officiating. Interment will follow in the Liberty Cemetery in Belle.

To order memorial trees or send flowers to the family in memory of Jerry L. Goodman, please visit our flower store.
Send a Sympathy Card