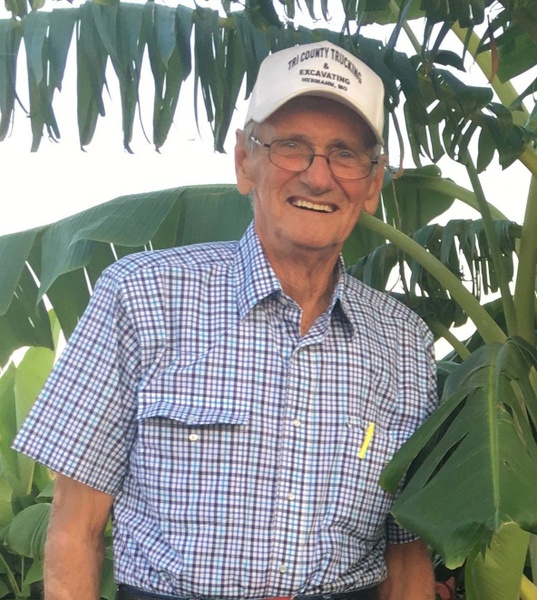 Jerry was a 1960 graduate of Crane High School and then attended MU for a time. Out of high school he worked with his father in the auction and tent rental business. He spent time in New Mexico working on a ranch, learning tools of the trade. In his early 30’s Jerry and his family started the first automated dairy barn in Missouri. After dairy farming he went on to be a contractor for Wal-Mart. He was a pilot and flew himself to job sites managing parts of the store construction process. He began raising and showing quarter horses, his favorite was the Palomino. He traveled across the country with his son Matt to numerous shows and trail rides. In 1995 he moved to the Belle area and began building horse trailers and later continued his dream of farming and raising cattle. He was a member of the American Quarter Horse Association. Jerry was easy going and very friendly and seldom knew a stranger. It was often on his travels that he would see someone he knew. After he got older, Jerry retired and spent his time visiting with friends at the local stops and enjoyed baking cookies and cakes. He liked to grow flowers, gardening, and canning as well as watching the St. Louis Cardinals and Chiefs. Jerry loved watching his grandson play baseball in High School and then College. He also loved when he could play with his granddaughter and give her candy. He cherished every moment he got to spend with his grandchildren, they were the light of his life. Jerry was a fun-loving guy and a jokester and will be missed by those that knew and loved him.

Jerry is survived by: one son, Matt Fortner of Belle; two grandchildren, Levi Ora Fortner and Eliana Rose Fortner; one sister, Mary Ann Kelley and her husband David of Springfield; and one sister-in-law, Loretta Fortner of Wentzville as well as many nieces, nephews, extended family members and friends.

He was preceded in death by his parents and one brother, Bob Fortner.

Expressions of sympathy may be made to the grandchildren of Jerry.

To order memorial trees or send flowers to the family in memory of Jerry D. Fortner, please visit our flower store.