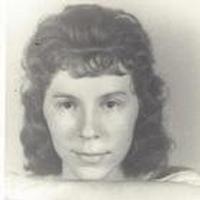 Jaunita was born on February 17, 1944, in Owensville, MO, a daughter to the late Lee Coulter and Alice (Crump) Coulter. .

In 1964, Jaunita was united in marriage to Gary Lee in Salem, AR. Gary survives of the home in Bland.

Jauntita was a member of the First Baptist Church in Bland. She was employed at the Brown Shoe factory in Owensville for around 15 years but spent most of her life being a wife and mother which is a job she loved.

Jaunita was a good Christian woman who attended church every Sunday until her illness wouldn’t allow her. She loved gardening, her flowers, and fishing and camping in her younger years. Jauntita was a lover of animals and she cared for and kept many stray animals through the years. She will be missed and remembered by all who knew and loved her.

Jaunita is survived by: Her husband of 49 years, Gary Lee; one son, Todd Lee and his wife Alicia of Springfield; two sisters, Linda Seba of Belle and Helen Nichols of New Bloomfield; four grandchildren, Kyla Miller of St. Louis, Harley Midkiff of Bolivar, Lee Bryant of Chicago, and Angelica Bryant of Weaubleau; two brother-in-laws, James Lee and his wife Pat and Randy Phelps and his wife Patricia; one sister-in-law Virginia Lee as well as many nieces, nephews, cousins, extended family members and friends.

In addition to her parents, Jaunita was preceded in death by: three brothers, Big and Little Wilson and Clinton Coulter and one brother-in-law, Gene Lee.

Funeral Services will be held at 10:00 a.m. on Wednesday, March 19, 2014, at the First Baptist Church in Bland with Pastor Bob Dodson officiating. Interment will follow in the Bland Union Cemetery.

Expressions of sympathy may be made to The First Baptist Church in Bland.

To order memorial trees or send flowers to the family in memory of Jaunita L. Lee, please visit our flower store.