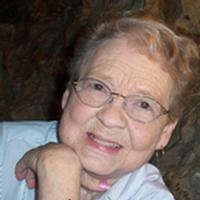 Janis was born July 20, 1935, in Summerfield, a daughter to the late William Robert (Bill) and Elizabeth Selena (Keeney) Owens. Both preceded her in death.

She was a 1952 graduate of Belle High School.

Janis was a Christian and was baptized early in life at the Pilot Knob Baptist Church in Summerfield. She was a member of the First Baptist Church of Belle.

She had been employed as a secretary for the Belle Banner, Custom Printing in Owensville, and retired from University Printing in Columbia in 1996.

Janis enjoyed playing cards, fishing, going to the river boats, playing Pitch, hunting for Morel mushrooms, shopping, and going on many vacations when she was younger. Her greatest joy, however, was spending time with her grandchildren, and great grandchildren. She will be missed by those that knew and loved her.

In addition to her parents, Janis was preceded in death by three brothers, Lawrence Owens, Milford Owens, and Clarence Owens; and one great-grandson, Cody Iten.

Expressions of sympathy may be made to the Sisters of St. Mary's Hospice.

To order memorial trees or send flowers to the family in memory of Janis G. Lange, please visit our flower store.