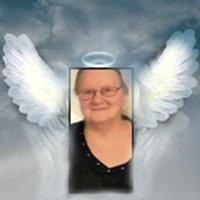 Janet Wolfenbarker, age 71, of Bland passed away Tuesday, August 2, 2016 at her residence.

Janet was born March 2, 1945, in St. Louis, a daughter to the late Charles and Dorothy (Eldridge) Damitz.

She had been employed at Inter-City Manufacturing Company in St. Louis for over 25 years and had been a resident of the Bland area for several years.

Janet enjoyed collecting elephant memorabilia, shopping, and watching soap operas. She dedicated her life to others, doing volunteer work with the Boy Scouts and was active in her kids schools. Janet served as mother and father to her children and was the sole caregiver to her son David who passed away last year. She loved spending time with her many grandchildren and the rest of her family.

Janet is survived by: her children, Tom Wolfenbarker and his fiancAC. Kathey McLaughlin of St. Louis, Mike Wolfenbarker of St. Louis, Frankie Turner and his wife Brenda of Belle, Dorothy Turner and her fiancAC. Jason Pratt of Piedmont, and Chris Turner of St. Louis; grandchildren, Nicole and James Wolfenbarker, Victoria Witt, Megan Turner, Marrisa, Richard and Kamron Picard, Shyann, Frankie Jr., Harleigh, Bentlee, and Jakobe Turner, Katlyn, Jason Jr., and Jordan Pratt, and Christopher Turner, Jr.; great-grandchildren, Bryan Dix and D'Mare Minor; sisters, Bonnie Crutcher and her husband Ken, Karen Steinbach and her husband Fred, Tamara Eddy and her husband Randy, Diane Damitz, and Nina Bremneour and her husband Mike; one brother, Chuck Damitz and his wife Shawnee; and her stepmother, Helen Damitz as well as many extended family members and friends.
In addition to her parents, Janet was preceded in death by: one daughter, Diane Wolfenbarker; one son, David Turner; one grandson, Alex Turner and a grand-daughter, Kassidy Turner.

Expressions of sympathy may be made to the family of Janet Wolfenbarker.

Private family services will be held.

To order memorial trees or send flowers to the family in memory of Janet Wolfenbarker, please visit our flower store.