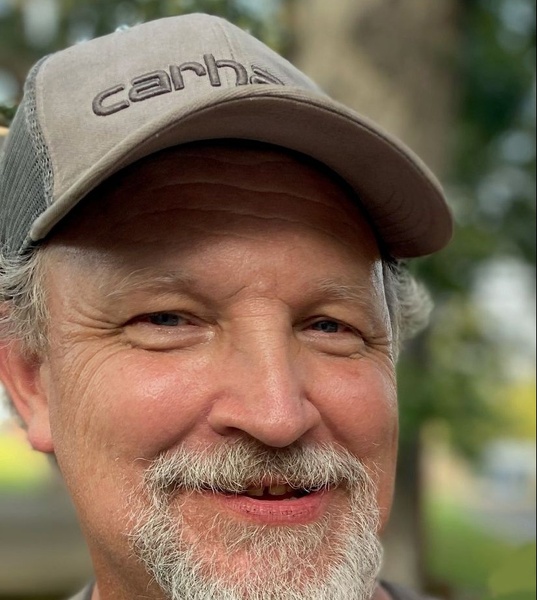 
Jamie was born August 12, 1966, in Jefferson City, a son to the late James “Jim” and Dorletha (Goodman) Withouse.

Jamie was a lifelong area resident and a 1985 graduate of Belle High School. He received his degree from Linn Tech following high school. Jamie was a member of Liberty Church of Christ

Jamie had been employed at Vienna Machining, Square D in Columbia, the Tool Room in Owensville and at Henniges Automotive in New Haven as a machinist. He also worked at Kingford for a time.

Jamie’s many hobbies included deer and turkey hunting, fishing, and he loved to cut and split wood. He enjoyed going to fish fries, telling stories, restoring old John Deere tractors, wood working, and had a knack for being able to fix anything. He was a kind and gentle man who never seemed to meet a stranger as he could talk to anyone. Jamie loved just being on and working his farm. His greatest joy, however, was time spent with his family and his grandchildren. He will be missed tremendously by his family, his community, and anyone who knew and loved him.

Jamie is survived by: two daughters, Kelsi Kliethermes and her husband Blake of Holts Summit and Katelyn Sands and her husband Brandon of Rolla; nine grandchildren, Grey, Layla, Addison, Weston, Leighton, Brooks, Bo, Channing, and Ainsley; two brothers, Kirk Withouse and his wife Vicky of Vichy and Kem Withouse and his wife Barbara of Belle; his fiancé, Cindy Bethel and her children, Niki Hopper, Steven Cox, and Phillip Cox; and one sister-in-law, Carol Withouse of Belle as well as many nieces, nephews, extended family members and friends.

He was preceded in death by his parents and a brother, Kit Withouse.

Visitation for Jamie will be held on Sunday, January 16, 2022 at the Liberty Church of Christ from 1:00 p.m. until 3:00 p.m. Funeral services will follow at 3:00 p.m. with Lucas Gehlert officiating. Interment will be in the Liberty Cemetery.

To order memorial trees or send flowers to the family in memory of Jamie Lee Withouse, please visit our flower store.

Guest attending are suggested to wear a mask and to follow Covid Protocols.