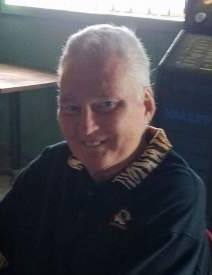 James David Spangler went home to Heaven on October 10, 2017 at his residence in St. Peters, Missouri.

James was born on March 6, 1948 to Jack and Lorraine (Paxton) Spangler. He grew up in St. Louis, graduated high school and then attended the University of Rolla in Rolla, Missouri, where he graduated with a Bachelors degree in engineering. After college he married Mary Gustafson and then, in 1971, was drafted into the U.S. Army and served actively in Germany during the time of the Vietnam Conflict. Following his discharge from the Army, he began working as a civil servant for the Department of the Army at the Personnel Records Center on Page Ave. in Overland, Missouri until he finally retired in 2011.

Jim was a avid bowler who actually made the Guinness Book of World Records for the number of hours bowled straight through for the benefit of a charity. He enjoyed sports of all kinds, especially golfing, baseball, football and others. He was very active with bowling and golfing until his illness kept him from enjoying it. He also loved going out to the casino with his family and friends. But most of all he loved spending time with his grandkids. Jim never knew a stranger. He was so friendly and helpful that he had the opportunity to light up many different people’s lives in many ways during his time here with us. We miss him dearly, but we know he is happy right now in heaven bowling his 300 point games.

Jim was preceded in death by his spouse of 15 years, Connie Clement.

To order memorial trees or send flowers to the family in memory of James D, Spangler, please visit our flower store.
Send a Sympathy Card