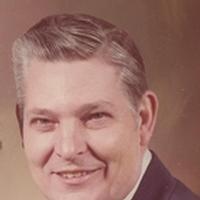 Lee worked as a Machinist for Lincoln National in St. Louis for over 20 years.

Lee was of the Catholic faith, a past member of the VFW and an active Mason.

Lee is survived by: one brother, Denis Gene Noblett and his wife Dorthaleen of Belle; two sisters, Mary Lammers and her husband Billy of Belle, and Judy Twehuse and her husband William of Holts Summit; and one nephew, Edwin Tieman as well as many extended family members and friends.

In addition to his spouse and parents, he was preceded in death by: one brother, Leonard A. Noblett; and two sisters, Jeanette Noblett and Allen Dunham.

Funeral Services will be held at 11:00 a.m. on Thursday, December 15, 2015 at Sassmann's Chapel in Belle with Chaplain George Dohm officiating. Interment will follow at Vienna City Cemetery.

Expressions of sympathy may be made to Optum Palliative and Hospice Care, 13655 Riverport Drive, Maryland Heights, MO 63043.

To order memorial trees or send flowers to the family in memory of James L. "Lee" Noblett, please visit our flower store.