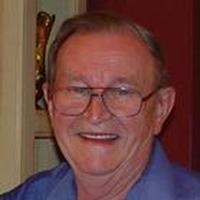 James proudly served in the Army during the Korean conflict. On October 1966, James was united in marriage to Nora Belles at the Assembly of God Church in Belle. Nora preceded him in death on October 19, 2009.

James retired from the Goodyear Company after 20 years. He also worked at the Brown Shoe Factory, a nuclear plant for a time, and owned and operated a general store, floral shop, and laundry facility in Belle.

James was a resident of Belle for over 25 years after moving from the New London area. He was a member of the Belle Assembly of God, an avid coin collector, a professional coin grader, and president of two coin clubs. He enjoyed reading, church dinners, and singing. He and his wife Nora liked to visit nursing homes and sing old gospel songs to the residents. His greatest joy came from spending time with his family especially his grandchildren. He will be missed by all those who knew him.

In addition to his parents, wife Nora and his first wife, Juanita "Jenkins" Gibbons, James is preceded in death by: five brothers, Raymond, Henry, Virgil, Robert, and Joseph Gibbons; two step-sons, Larry and Richard Schutz; and one grandson, Kemp Walters

Funeral Services will be held at 10:30 a.m. on Saturday, November 29, 2014, at the Belle Assembly of God with Bro. Bill Perkins officiating. Interment will follow in the Skaggs Cemetery near Belle.

In lieu of flowers, expressions of sympathy may be made to the Assembly of God Church.

To order memorial trees or send flowers to the family in memory of James Vernon Gibbons, please visit our flower store.