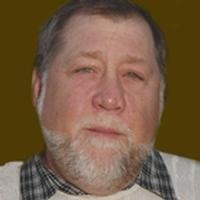 Moose was a 1972 graduate of Bland High School and attended East Central College in Union where he studied business.

On April 21, 1991, he was united in marriage to Sheryl (Brown) Newman in Leesburg, Missouri. She survives of their home in Belle.

Moose was employed at Kingsford Charcoal for over 28 years. He and his family have owned and operated Belle Auto Sales for the past 21 years.

Moose enjoyed being outdoors. He loved to fish and hunt and was a proud member of the N.R.A. He was also very proud of his Cherokee and Irish heritage. Moose was the happiest when spending time at his lake house. His greatest joy was time spent with his family and spoiling his grandchildren. He will be missed greatly by those that knew and loved him

In addition to his wife of almost 25 years, Moose is survived by: three sons, Jared A. Newman of Belle, Brian R. Doss and his girlfriend Kayci Hoover of Belle and Jason M. Newman and his wife Emily of St. Louis; three grandchildren, Brett Michael Doss, Charleigh Jo Elrod, and Jude Elliot "Jed" Doss; three brothers, Willis Doss and his wife Linda of Rocky Mount, Lloyd Doss and his wife Christine of Lake Ozark, and John Doss and his wife Michelle of Owensville; two sisters, Yenema Cummings and her husband Wayne of Macks Creek and Shelia Lister and her husband Ellis of Jefferson City as well as many nieces, nephews, extended family members and friends.

In addition to his parents, Moose was preceded in death by one son, Shawn M. Doss.

Funeral Services will be held at 10:00 a.m. on Friday, April 1, 2016 at Sassmann's Chapel in Bland with Bro. Bill Perkins and Bro. Jim Zumwalt officiating. Interment will follow in the Old Bland Cemetery.

Expressions of sympathy may be made to a Charity of the Donor's choice.

To order memorial trees or send flowers to the family in memory of James "Moose" Doss, please visit our flower store.