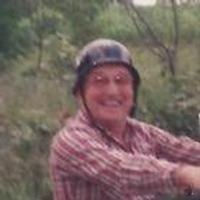 James was born June 6, 1934, in St. Louis, a son to the late James Gordon and Josephine (Rewczuk) Allen.

James was a truck driver for over 46 years, driving for Lucky's Supermarket in California as well as many other companies. Jim was a resident of Belle for over 23 years after moving from St. Louis. He was a one of a kind Christian man who enjoyed listening to gospel music and reading the Bible.

James is survived by: one son, James Allen and his wife Angela of Bland; three daughters, Lynn Stauder of Collinsville, IL, Michelle Childers and her husband Ben of Corona, CA., and Deanna Allen and her fiancAC. Jake Mylles of Murrieta, CA.; one brother, Bobby Allen of California; two sisters, Joyce Kelso of Arizona and Pat Coad of Texas; nine grandchildren, eleven great-grandchildren, and one great-great grandchild as well as many nieces, nephews, cousins and friends.

He was preceded in death by his parents and one granddaughter, Krystle Flaherty

To order memorial trees or send flowers to the family in memory of James D. Allen, please visit our flower store.