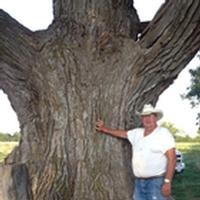 Jackie "Jack" Dean Jones, age 70, of Belle, passed away on Tuesday, December 22, 2015 at the University of Missouri Hospital in Columbia.

Jack was born in Paydown on August 4, 1945, a son to the late Clyde Clinton and Mary Elizabeth (Campbell) Jones.

He was a lifelong resident of the area and graduated school in Paydown. Jack retired from Kingsford Charcoal Company in Belle.

Jack enjoyed playing cards, hitching up his draft horses, raising cattle, he liked a good dog when he saw one, going to auctions, and gigging. He was a hardworking man who always made friends and always had a smile on his face and Jack loved kids. His greatest joy was the time spent with family and friends. He will be missed greatly by those that knew him.

Jack is survived by: one son, Brad Jones of Belle; three grandchildren, Spencer, Taylor, and Jessie Jones; and one great-grandchild, Atalie Jones, as well as many extended family members and friends.

He was preceded in death by one son, Blake Jones.

Funeral Services will be at 11:00 a.m. on Monday, December 28, 2015 at the Liberty Church of Christ with Randy Carr officiating. Interment will be in the Liberty Cemetery.

Expressions of sympathy may be made to the Liberty Church of Christ Church.

To order memorial trees or send flowers to the family in memory of Jackie "Jack" Dean Jones, please visit our flower store.