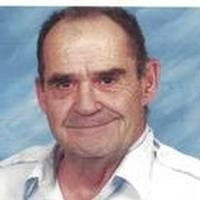 Jack was born January 24, 1934, in Garden City, Michigan, a son to the late Jack Joseph and Lulu (Bishop) Delanois.

Jack served as a tank driver for the Army during the Korean War. He received many medals for his service as well as earning his G.E.D during his spare time. Upon returning from the war, Jack married Ramona Tucker on June 27, 1953, in Whitmore Lake, Michigan. Ramona preceded him in death on March 15, 1986. After a few years, Jack was lucky enough to find love again and married Grace Koenig from Belle. She also preceded him in death on June 6, 1988.


Jack worked at both the Coke and Ford Company's in Michigan before moving to Belle where he resided for over 40 years. He was a farmer and a very hard working man. He served as the Belle Animal Control Officer at one time and was employed as a maintenance worker for the Belle High School. He also worked for the Missouri State Penitentiary in Jefferson City. When he wasn't working, he enjoyed gardening and hunting of all sorts. Jack loved animals and because of this love, he was active in the Humane Society. Jack was a member of the Pilot Knob Baptist Church.

In addition to his spouses and parents, Jack was preceded in death by one sister, Viola Crandle.
A memorial service will be held at a later date.

To order memorial trees or send flowers to the family in memory of Jack George Delanois, please visit our flower store.