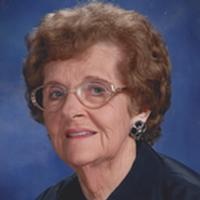 Iva was born on October 19, 1929 in Paydown, a daughter of Thomas Monroe and Mammie (Basham) Robertson.

She was a member of the First Baptist Church in Owensville, MO.

Iva worked for many years in the shoe factory in Herman and Owensville. After the factory closed, she did home health care until she retired.

Iva is survived by: her children, Donald Phillips and his wife Janet of Krakow, MO, Donna Ridenhour of Belle, Brenda Lehnhoff and her husband Roger of Belle, Linda Hafley of Jefferson City, Audrey Brown and her husband David of Escalon, CA; two step-daughters, Kina Bryant and Gina Martin of St. Peters; siblings, Harold Robertson of Rolla and Elmer Robertson and his wife Faye of Belle, twelve grandchildren, eighteen great grandchildren and one great-great grandchild as well as many extended family members and friends.

In addition to her parents, Iva was preceded in death by two brothers, Raymond and Ronald Robertson.

Visitation will be held from 10:00 a.m. to 11:30 a.m. on Friday, July 8, 2016, at the United Methodist Church in Belle. Funeral services will follow at 11:30 a.m. with Pastor Sandy Dixson officiating. Interment will be at Liberty Cemetery near Belle.

Expressions of sympathy may be made to the family to go towards a monument for Iva.

To order memorial trees or send flowers to the family in memory of Iva J. Schultz, please visit our flower store.